There has been a 75% rise in the number of patients waiting for appointments at Belfast’s Musgrave Park Hospital over the past two years, the BBC reveals. 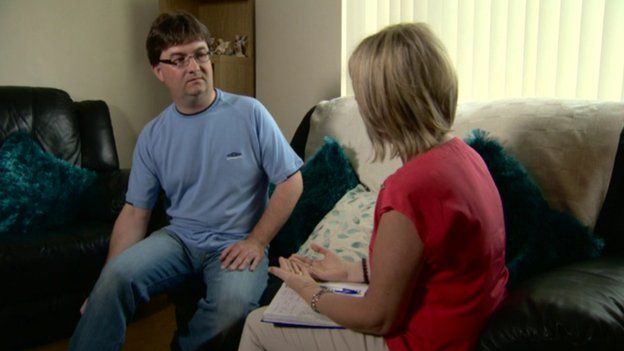 Back surgery patients have been worst affected and can expect to wait 18 months for an appointment, according to internal documents leaked to the BBC.

They also show waiting times for knee and hip appointments are over one year.

A 43-year-old man who needs back surgery said he fears he will not be able to walk by the time he is treated.

George Anderson, a father of two from County Antrim, said he could not believe what he was hearing when he was told he would have to wait 67 weeks – almost 17 months – for an appointment.

"I don’t think by then I will be able to walk. I am trying to do a day’s work, trying to make a living, pay a mortgage, look after my kids and family and in 67 weeks I don’t think I will be capable of doing all of that," Mr Anderson said.

"My biggest fear is that in 67 weeks I won’t be able to pay my mortgage."

The documents leaked to the BBC had been shared between management and consultants.

They show there is a 74-week (18 month) waiting list to see a back surgery consultant.

For knee appointments, the wait is 59 weeks, while hip patients have to wait 56 weeks.

The documents also show that up to this month, there had been 11,846 breaches of the 18-week waiting list target for a specialist appointment.

A majority of these breaches involve patients with back problems.

The BBC understands that the Belfast Health Trust is currently trying to recruit back specialists and this is part of the problem.

The 75% overall rise in the number of patients on waiting lists includes both inpatient and outpatient appointments.

In March 2013, a total of 19,644 people were waiting for inpatient and outpatient appointments at Musgrave, but by March this year, the figure had risen to 34,358 patients.

In a statement, Belfast Health Trust said there had been an increase in demand for services, but additional funding had not been made available to increase its capacity to meet that demand.

"Our clinical staff continually review patients on the waiting list to prioritise those with the greatest clinical need. We sincerely regret the affect that this has on our patients.

"Belfast Trust continues to work with our colleagues in the health sector to increase efficiency and capacity to bring down our waiting times."

Michael Bloomfield from the Health and Social Care Board apologised for "unacceptable" delays but added that many patients were seen much earlier than the cases highlighted by the BBC.

"So, those waiting times, they are unacceptable. Nobody should have to wait that long, either for assessment, or for treatment and I apologise to those patients for it."