Hollywood Presbyterian Medical Center paid a $17,000 ransom in bitcoin to a hacker who seized control of the hospital’s computer systems and would give back access only when the money was paid, the hospital’s chief executive said. 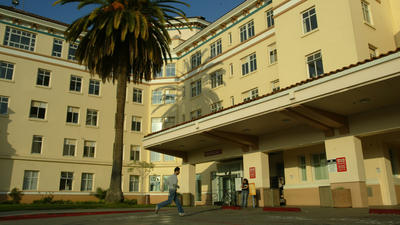 The hospital said it alerted authorities and was able to regain control of all its computer systems by Monday, with the assistance of technology experts.

Laura Eimiller, an FBI spokeswoman, said the bureau has taken over the hacking investigation but declined to discuss specifics of the case. Law enforcement sources told The Times that the hospital paid the ransom before reaching out to law enforcement for assistance.

The attack forced the hospital to return to pen and paper for its record-keeping.

Phil Lieberman, a cybersecurity expert, said that, while ransomware attacks are common, targeting a medical institution is not.

"I have never heard of this kind of attack trying to shut down a hospital. This puts lives at risk, and it is sickening to see such an act," he said. "Health management systems are beginning to tighten their security."

The 434-bed short-term acute care hospital on Vermont Avenue is owned by CHC of South Korea.

Since 2010, at least 158 institutions, including medical providers, insurers and hospitals, have reported being hacked or having information technology issues that compromised patient records, federal records show.

Ransom attacks are still relatively rae. But cyberattacks on hospitals have become more common in recent years as hackers pursue personal information they can use for fraud schemes. Last July, hackers may have accessed as many 4.5 million patient records in UCLA Health System’s computer network.

More than 1,000 NHS patients in England in the past four years have suffered from medical mistakes so serious they should never happen, according to analysis by the Press Association. The so-called never events included […]

A new system has been approved in the District of Columbia that will require healthcare professionals to get training in LGBT "competency". The Advocate [has] picked up on the unnoticed legislation, the LGBTQ Cultural Competency […]