A hospital defibrillator used on a Denbighshire man before his death was set to the wrong power level, an inquest has heard. 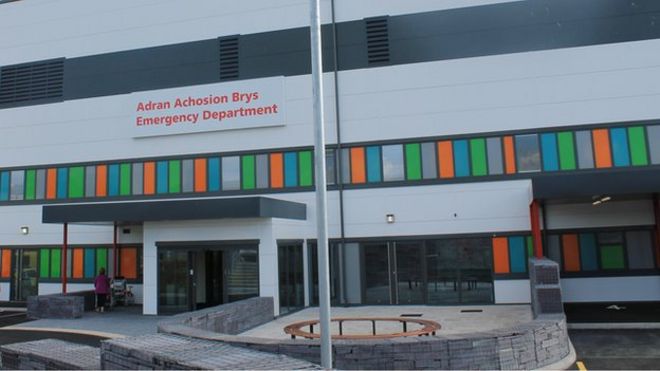 On Tuesday, his daughter told a hearing in Ruthin his family later learned the device used on Mr Rogers was set incorrectly.

It also emerged advanced life-support training for a nurse had lapsed.

Mr Rogers’s death led to a serious case review by Betsi Cadwaladr University Health Board, which runs the hospital.

Giving evidence on the first day of the hearing, Mr Rogers’s daughter, Melissa, described how she and her mother had been called into the hospital after his death to meet a heart consultant.

He told the family it had come to light the defibrillator, used to revive heart attack patients, was set to a power level of two – when it should have been 150.

He also revealed another nurse had noticed the mistake and changed the settings, after the first attempts to shock Mr Rogers failed.

"My family and I are utterly devastated at losing dad," Ms Rogers said.

"I thought dad was in safe hands. But that night it all went wrong."

A post-mortem examination confirmed Mr Rogers suffered a heart attack, leading to his collapse on the ward on the night he died.

The four-day inquest is expected to hear from members of the nursing team and medical staff.

8 out of 10 Disabled People and Carers Concerned about the Future, New Christmas Survey Finds

The human gut harbors a teeming menagerie of over 100 trillion microorganisms, and researchers at the University of Colorado Boulder have discovered that exercising early in life can alter that microbial community for the better, […]

The Health and Care Professions Council (HCPC) has published revised Standards of conduct, performance and ethics. These are standards for the 16 professions we regulate, setting out in broad terms the behaviour we expect of […]