Every year, hundreds of human brains are delivered to a network of special research centres. Why do these "brain banks" exist and what do they do? Rachael Buchanan was given rare access. 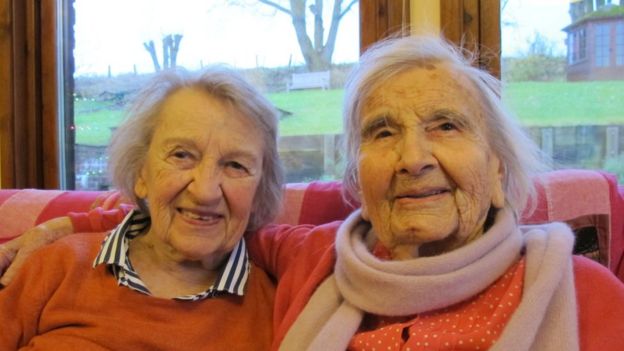 A neuroscientist once told me with great insistence that brains are beautiful. His words came back to me as I watched a technician at the Bristol brain bank carefully dissect one of the facility’s freshly donated specimens.

The intricate folds and switchbacks of its surface and its delicate branching structures, revealed by her cuts, were entrancing. They seem only faintly to echo the complexity and power that tissue had held in life.

The brain being methodically portioned up for storage was one of around 40 donations the South West Dementia Brain Bank receives each year. This bank in Bristol is one of 10 centres that make up the Medical Research Council’s Brain Bank Network.

Between them annually they supply tens of thousands of samples of research tissue to scientists in the UK and abroad.

The heartbreak of dementia

One of the thousand brains already fixed and frozen in the store rooms at Bristol is that of Angela Carlson.

Written into that 3lb (1.4kg) of dissected tissue are the experiences, memories and knowledge of a very adventurous woman, for her time. She spent her teens in the land army during World War Two, followed by stints as a cook and child minder in the USA, and in what was then Persia.

Twice widowed and without children, she eventually settled in Dorset to be near her niece Susan Jonas. She died there from dementia, aged 89.

Susan recalls the heartbreak of watching the spirited aunt she loved lose her mental faculties in her eighties.

"She had a bit of paranoia as part of her dementia. She thought men were coming into her bedroom at night and we would get calls from the police, telling us she had called them reporting intruders. She was on their special list.

"When we cleared out her house we found goodness knows how many weapons under her bed, from hammers to an assegai – a kind of African spear! She was a tiny woman, she could never have used them."

Angela had stated in her will that she wanted to leave her body to medical research. As executor of Angela’s estate, Susan decided that given her aunt’s dementia, the best way to honour that wish was to donate her brain. Susan signed up her aunt before she died.

"She was a lovely lady who always wanted to help others, so I felt I was carrying on her mantle by donating her brain. What she had done in life she could continue to do in death."

Angela’s brain is one of 14,000 donations held by the UK Brain Bank Network. The network’s director, Prof Seth Love, has no doubt about the important role these brains have played in scientific discovery.

Search the records of scientific discovery and the contribution of such stores of material is clear.

From Arvid Carlsson’s discovery in 1957 that the loss of dopamine-producing nerve cells causes Parkinson’s disease, to James Ironside’s identification in 1996 of a new strain of Creutzfeldt-Jakob disease (CJD) that was linked to BSE – post-mortem brain tissue was vital.

And scientists like 42-year-old Dr Tammaryn Lashley – a dementia researcher at University College London – are just as convinced of the continuing importance of the "real thing".

"Scans don’t take you down to the cellular level; they don’t tell you what happened to the brain cells in the dementia process. We really need to be able to look at brain material under the microscope to determine where and what has gone wrong."

The method of preservation has evolved since the first banks in the 1950s. Then, tissue was fixed in chemicals such as formalin. That process is still used today for one half of the brain, to give it stiffness so it can be sliced very thinly and viewed under the microscope.

But the other half is cut up whilst fresh and frozen at -80C to allow analysis of genetic material, proteins and neurochemicals that can tell researchers much more about the development of disease.

Organisations such as Brains for Dementia have raised the profile of donations from people with neurodegenerative diseases. But the UK banks also focus on many other neurological disorders, from Multiple Sclerosis and CJD to autism and psychiatric disorders such as schizophrenia.

Just as important are brains from healthy donors, so that researchers have non-diseased tissue samples for comparison.

Retired teacher Margaret Allan from Reading is one such candidate. She recently registered with the Queen’s Square Brain Bank in London.

As one of the remaining members of the National Survey of Health and Development – a long-running study that has followed 6,000 people from their birth in 1946 – Ms Allan’s brain is particularly valuable as it also comes with 70 years’ worth of tests and developmental history.

Her lifetime experience of lending her body and mind to medical research made this final act of altruism a logical choice.

"That research has been used to influence social policy. A lot of things we take for granted were a result of that study, so it seemed to me a natural follow-on," she said.

"You die, your brain is no good to you. Can medical research use it? Well then yes, by all means take it!"

She said it was easy to sign up, but stressed the importance of telling your family of your intentions so they know what to do after your death.

"I had told my husband and I emailed my two daughters and said this is something I really want to do. Apart from one daughter saying, ‘Bloody hell mum that is some kind of email to open when I am having my lunch!’ they were absolutely fine about it."

And the researchers that use these samples every day are in no doubt of the debt they owe to donors.

The continued generosity of people like Margaret and Angela has an invaluable part to play in tackling diseases like dementia and reducing the toll they take on society.

Banking brains for the future

How to donate your brain