Jeremy Corbyn has promised to “remove” private provision within the NHS as part of plans to “renationalise” the health service. 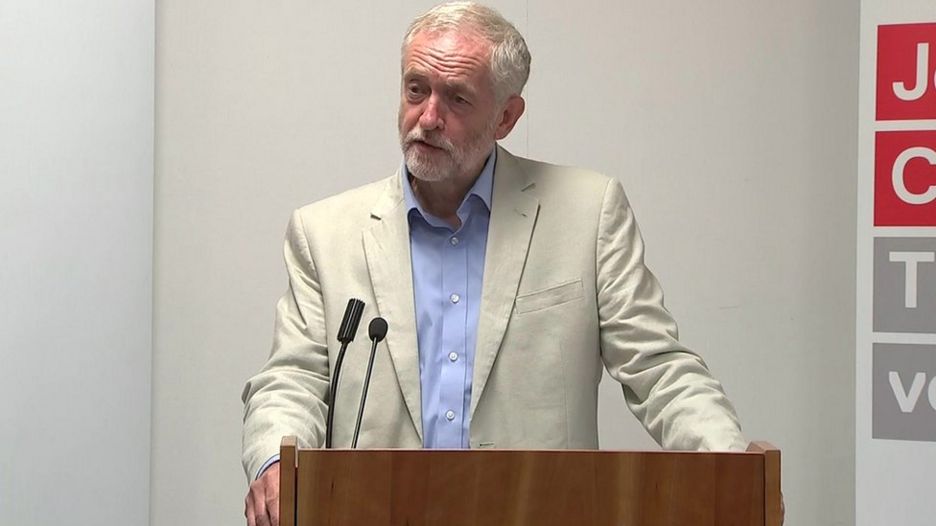 The Labour leader vowed to make the NHS fully publicly funded and bring services provided privately “back into public hands”.

A future Labour government would end PFI contracts in the NHS and restore publicly-funded bursaries for nurses.

Setting out his vision for the NHS in England, Mr Corbyn said his priority was to ensure the whole of the health service remains free at the point of use and can operate on a secure financial footing.

“The Tories have run our treasured National Health Service into the ground and we need to get serious about stopping them,” he said.

“The next Labour government would go further than reversing Tory cuts – it would deliver a modern health and social care service that is fully publicly provided and fully publicly funded.”

Citing figures from the NHS Support Federation which he says show £16bn in clinical contracts have been awarded “through the market” since April 2013, he vowed to “end the privatisation” of the health service by working towards ending private provision.

Other commitments include curbing private finance contracts in NHS hospitals and reversing government plans to replace publicly-funded bursaries for nurse and midwife training with student loans.

The system has been used to fund new schools and hospitals but critics say it leaves the public sector facing “crippling” costs.

“PFI continues to take money away from patient care while job and bursary cuts have crippled the NHS and disproportionately hit women who make up 77% of NHS staff,” Mr Corbyn said.

“Health, health financing and health inequality is a matter of paramount of national importance. The Labour government I lead will ensure that money goes to patients not contractors and that our NHS is given the resources to provide a top quality service as part of a program to rebuild and transform Britain so no-one is left behind.”

Labour went into the last general election promising to cap the amount of profit private firms could make from NHS work but not explicitly to reduce the number of operations and other clinical services provided privately.

Speaking alongside Mr Corbyn, shadow health secretary Diane Abbott set out measures to control PFI costs, including a moratorium on new deals and a monitoring unit with the power to cancel contracts.

Mr Smith has said current health spending as a proportion of GDP is substantially lower than in many other European countries and needs to be increased.

He has said he would introduce a wealth tax on people earning over £150,000 that could raise up to £3bn a year to spend on priorities such as the NHS.

Mr Smith, who worked for the drugs firms Pfizer and Amgen before becoming an MP in 2010, has rejected claims that he once backed greater private provision within the NHS after endorsing a Pfizer report in 2005 calling for greater choice for NHS patients.

He has said he 100% supports public provision and the Conservatives had used the language of choice as a “Trojan horse to marketise” the NHS.

Conservative ministers insist levels of private provision are not significantly higher than under the last Labour government and that they have guaranteed the extra funding sought by NHS managers in England to cover a likely budget shortfall by 2020.

A Conservative Party spokesman said: “Whoever wins their leadership contest, Labour are too incompetent and divided to build the strong economy a strong NHS needs.”

Unpicking private sector involvement in the NHS is easier said than done.

For example, the NHS relies quite heavily on the private sector to carry out gamma knife treatment on patients with brain tumours. It does this because it does not have enough machines.

You could argue it should invest in them, but many say that wouldn”t be economically viable.

The private sector is also used for routine operations when NHS hospitals are struggling to see patients quickly enough. Again NHS provision could certainly be increased, but there is a balance between having slack in the system and leaving facilities idle unless you are prepared to make patients wait longer.

Of all the arguments put forward on private sector involvement it is perhaps easiest to find a consensus on the merits of ending PFI, whereby private money has been used to build hospitals which have then been leased back to the NHS for a profit.

The trouble is NHS trusts are locked into long-term contracts, which have proved very difficult to get out of.