The NHS in Wales could face a £700m black hole in its finances in just three years time according to new research by leading experts. 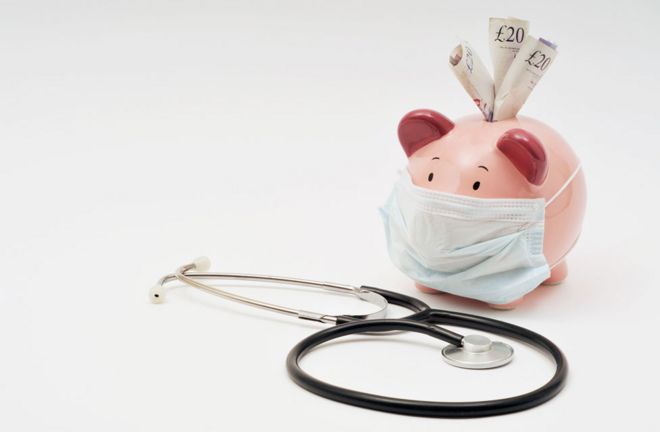 The health service here is "currently facing the most financially challenging period in its history", according to the Health Foundation think-tank.

The shortfall would be equivalent to more than 10% of what NHS Wales currently spends in an entire year.

It also warns the costs of social care might nearly double by 2030-31.

The foundation’s analysis suggests NHS Wales could end up spending more than it gets because of increasing pressure caused by a growing and ageing population.

This results in significant increases in the number of patients living with long-term serious health conditions.

The analysis assumes spending on the NHS in Wales will rise over the next four years in line with projected health spending in England – an annual increase of 0.7%.

But the research suggests the financial gap could be closed if pay rises among NHS Wales staff continue to be limited to just 1% a year – and if the service could also deliver annual efficiency savings of 1.5%.

However, that is higher than what is currently being achieved by the NHS across the UK – and savings on that scale are described as "extremely challenging" although "not unprecedented".

The Welsh Government said: "We’re working to ensure our NHS is financially sustainable for the future and welcome the optimism in today’s report".

RECRUITMENT ISSUES AND THE COST OF AGENCY STAFF

The report warns keeping a 1% pay cap over the longer term could seriously affect staff morale and cause big problems in trying to attract and keep staff in the Welsh NHS.

That would mean the Welsh health service finding a higher level of savings than what is currently being achieved across the UK, although according to the authors it is not "unprecedented".

Recruitment and retention of front-line staff is a significant problem in some specialisms and in certain parts of Wales.

The report warns that holding pay for this extended period could have "negative impacts in terms of morale, recruitment and retention – this is partly evident from the recent a substantial increases in spending on agency staff".

They add that if the use of agency staff continues to increase, the additional cost "would reduce the potential savings from the pay policy".

As a result the report calls for a "strong focus" on workforce planning to make sure "the right people have the right skills" to deliver NHS services in the future.

Currently there are 630 vacancies at NHS Wales – nearly 300 of them nurses.

The NHS Confederation – which represents health boards in Wales – said as well as issues of workload, we are now seeing the impact of cuts in training places at the start of the decade.

It also warns that significant additional investment will also be needed in social care services.

Unless that happens the report warns – there is a" real risk" that the level of unmet need for care services in Wales could rise.

As well as problems in the short term, the report warns:

Overall the authors say that making the Welsh NHS financially sustainable is "realistic" although the next few years will be "tough" with "immediate and sustained action needed to protect patient care".

WHAT IS THE HEALTH FOUNDATION?

This is the first report by the Health Foundation into the Welsh health service.

It took its economists a year to complete and was not commissioned by any public body or government.

The London-based research organisation was set up as an independent charitable trust with a £500m endowment in 1998. This allows it to set its out agenda in investigating health issues.