NHS chiefs are trying to keep plans to cut hospital services in England secret, a King’s Fund investigation has found. 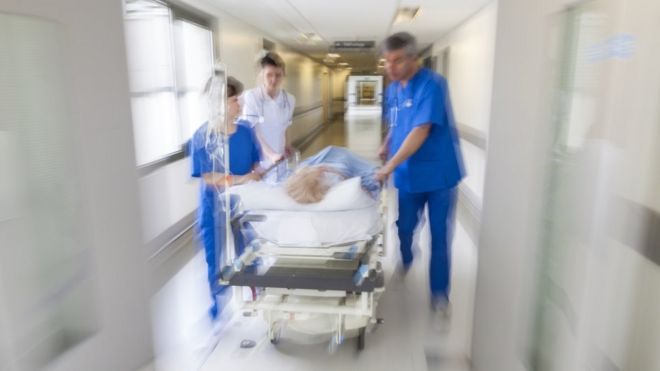 Full details of 44 reviews of services around the country – which involve closing some A&Es or, in one case, a whole hospital – are yet to emerge.

That is because NHS England told local managers to keep the plans “out of the public domain” and avoid requests for information, the King’s Fund suggested.

Managers were even told how to reject freedom of information requests.

The King’s Fund report did not include any details of cuts, but from the leaks and plans that have been published so far a partial picture is emerging of what is involved.

During its research, the King’s Fund carried out interviews with staff involved in four of the reviews, known as sustainability and transformation plans (STPs). These were done on an anonymised basis.

The local managers said they had been told to keep the process “private and confidential”, which one described as “ludicrous”, while another said the leadership had made the “wrong judgement call” in its approach to managing the process.

Another person involved complained about being in meetings and wondering why there were no “real people”, such as patients and members of the public, involved.

The King’s Fund was told senior leaders at NHS England and NHS Improvement, which regulate NHS trusts, wanted to “manage” the narrative around the process, because of the sensitive nature of some of the changes.

But the approach has meant that the views of the public and frontline staff have largely been absent in the process so far, the think tank said.

Researchers said there were signs from the plans they had seen so far that services were being centralised at a smaller number of hospitals to make care safer and more efficient.

The King’s Fund said such plans had the potential to improve patient care, but warned the process had increasingly become financially driven in recent months, which could be risky.

The think tank suggested there were “clearly anxieties” among ministers and the NHS leadership over the way the plans could be interpreted by the public.

But King’s Fund chief executive Chris Ham said the process had gone against the established “rules” of good engagement and consultation.

He said the idea of reviewing local NHS services was still the “right thing to do”, but questioned whether there was enough money and time to make a success of the shake-up.

To date, a third of the 44 plans have been published, but in some cases that has relied on local councils releasing them against the wishes of NHS managers.

A spokesman for NHS England said that by the end of this week, plans for at least half of the reviews would be published – and the intention had always been to consult on the final plans if major changes were going to be made.

“I am sure there are things that could be learnt about the process. But when you are trying to improve care across a whole system, things are never going to be straightforward,” added Prof Sir Bruce Keogh, NHS England’s medical director.

However, Councillor Izzi Seccombe, of the Local Government Association, which represents councils, suggested the stance was a sham – as the public would in effect be consulted on “pre-determined solutions”.

And Jeremy Taylor, of National Voices, which represents patients, said: “Developing plans behind closed doors, and presenting near-final proposals, does not count as meaningful involvement.”

STPs stands for sustainability and transformation plans. They are aimed at overhauling NHS services and saving money.

Each area of the country has been asked to come up with its own plans and so local NHS managers have divided the country into 44 “footprints”.

It is all part of NHS England’s five-year strategy to release £22bn of efficiency savings by 2020. As health is devolved, the plans do not affect the rest of the UK.

The 44 areas started reviewing local services in early 2016 and and all have now submitted proposals to NHS England and NHS Improvement.

Consultations on major changes are expected to take place early next year, with implementation following soon after.