Barcodes are being printed on breast implants and other medical items for patient safety reasons. 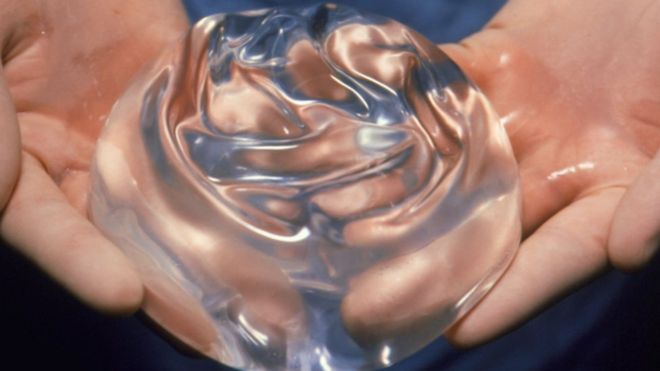 The Department of Health initiative is to avoid future scandals like the PIP breast implant scare of 2010.

Problems arose tracing nearly 50,000 British women who had been fitted with the faulty silicone implants.

The new system is intended to record every medicine and implant given to patients by scanning the product packet and the patient’s identity wristband.

Health Secretary Jeremy Hunt said: "This can actually save lives for the NHS."

He said that every week NHS patients died because they had been given the wrong medicine or care.

"We also have a number of operations where the wrong implant is put into someone’s body and then that has to be changed at a later date. If we use modern barcode technology, we can deal with a lot of these problems."

Ideally, it will avoid such errors happening in the first place. But when things do go wrong, it will be quicker and easier to figure out why and what can be done.

Mr Hunt said it should save the NHS time and money – an estimated £1bn over the next seven years.

Medical staff in England will be able to use the barcodes for stocktaking and to see if any batches of medicine are reaching their use-by dates.

Surgeons will be able to monitor if one type of implant is outperforming another in terms of wear and tear by looking at the figures of when the devices need replacing.

"This provides us with a level of data and insight that can be used to better challenge clinical practice and variation, helping us to reduce inefficiencies and improve patient experience and outcomes. But, more importantly, it ultimately helps to safeguard our patients from avoidable harm.

"In the event of a product recall, we can now easily and quickly track an affected product to the right patient."

Chris Slater, associate director for commercial and procurement at Leeds Teaching Hospitals NHS Trust, told BBC Breakfast the barcodes would allow tracking of the product, the patient and the clinician.

Until now the NHS have been unable to track products through the supply chain, he explained.

"We’re ensuring that we’ve got the right amount of products on the shelf and not got excess stock in the system," Mr Slater added.