Dementia patients and carers have been asked to share their experiences to help the Welsh Government shape the first strategy for Wales. 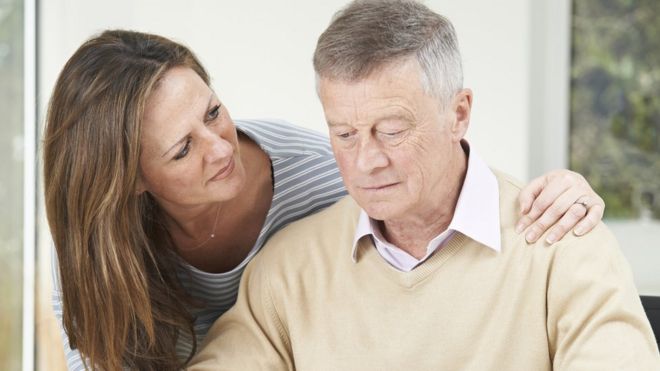 Alzheimer’s Society figures show dementia affects 45,000 people in Wales and experts fear this number could rise by 40% in the next 10 years.

The government launched a two-month consultation on its dementia strategy on Monday in a bid to improve care.

Dementia is now the leading cause of death in England and Wales.

The Alzheimer’s Society in Wales claims dementia costs Welsh society £1.4bn a year and the Welsh Government wants people, families and carers living with dementia to share their experience.

“This is a real opportunity to deliver better dementia care, support, and services.

“We will be pushing for a strategy that is ambitious and achievable in order to deliver real change which fully supports the 45,000 people with dementia in Wales and make Wales a truly dementia friendly nation.

“This consultation is hugely significant for people affected by dementia right across Wales today and for the years to come.”

Cath Camps, whose husband John was diagnosed with dementia five years ago, aged 65, said she felt he was not supported as a individual.

“I think enough space wasn’t taken to find about about him and interestingly that’s actually continued throughout this disease progression,” she said.

“I’ve continually had to remind health professionals and social services professional about him, about what he wants, rather than just a ‘person with dementia’.”

Mrs Camps, a lecturer at Cardiff University, added that there should be more support for patients from day one.

“At the day of diagnosis, we were just sent home so therefore what that meant is for a number of days we were in utter turmoil.

The Alzheimer’s Society and Dementia Engagement and Empowerment Project (DEEP) will help Welsh Government with the consultation, which runs until March.

The Alzheimer’s Society said the effects of dementia “can at least double” when you consider carers and families of patients and backs the Welsh Government’s plan.

The organisation believes that of the 45,000 people living with dementia in Wales, 60% of whom have Alzheimer’s disease, more than half have yet to receive a formal diagnosis.

“We want to primarily increase the amounts of diagnosis in Wales,” added Ms Phelps.

“Wales’ diagnosis rates are currently around 43% and that compares with 64% in Northern Ireland.

“We’re also pushing for a key worker role so at the point of diagnosis, people have the information and support they need so they can live as well as they can with dementia.”