Even native English speakers with degrees struggle to pass exams, as number of applicants from EU falls to 46 in April from 1,304 last July. 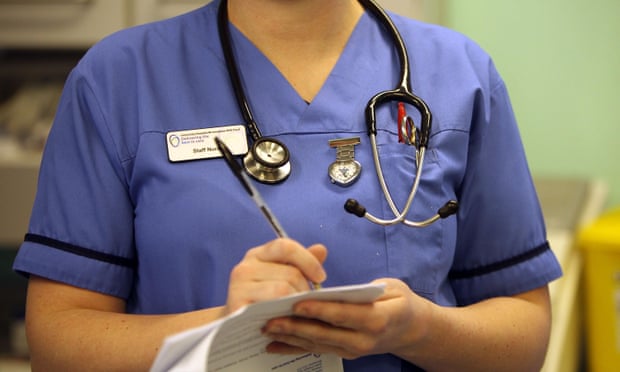 Language tests introduced by the government to restrict immigration are stopping the NHS from recruiting foreign nurses – including highly qualified native English speakers.

Growing nursing shortages mean that the NHS has major gaps in its workforce, but this is being added to by Australians and other English-speaking nurses being turned down because they cannot pass the English tests.

The high language requirements are reflected in a sharp drop in the number of nurses registering in the UK, according to medical recruiters, who believe that many British nurses would also fail the International English Language Testing System test (IELTS).

Only 46 nurses from the EU registered at the Nursing and Midwifery Council (NMC) in April, compared with 1,304 in July 2016. Nursing recruiters blame this on the test but Stephen Burke, chief executive of HCL Workforce Solutions, said there had been no slowdown in the number of EU nurses looking for work through his company. “HCL has registered more European nurses in the year following the EU referendum than the year before,” he said.

However others, including Unison’s head of health Sara Gorton, say the drop is the result of nurses from the EU being reluctant to come to the UK because of the uncertainty over Brexit. Both sides agree that the NHS would falter without foreign nurses.

“[Foreign nurses] have been a vital supply route for us, and the tap’s being turned off,” Gorton said. “There is a ticking time bomb because the training bursary for nurses has been scrapped in England. We are going to be ever more reliant on filling gaps and this problem is only going to get worse.”

The NMC said its English test standards were in line with nursing bodies in other countries and other medical bodies in the UK and had been introduced to safeguard patient safety.

Nurse vacancies have nearly doubled in the last three years from 6% in 2013 to 11.1% in 2016, and almost a quarter of NHS trusts have vacancy levels above 15%. Last week more than 6,900 nursing positions were advertised by NHS Jobs, with some of the jobs still unfilled eight months after they were posted.

Hayley Purcell wants to fill one of those posts. Born in Adelaide, she has worked as a nurse in South Australia for the last 11 years, her career spanning mental health, intensive care, paediatrics, surgical procedures and orthopaedics. She narrowly failed the written language exam, even though she has a bachelor’s degree in nursing.

Purcell had no problems expressing herself in a phone call from Adelaide. “After being schooled here in Australia my whole life, passing high school with very good scores, including English, then passing university and graduate studies with no issues in English writing – now to ‘fail’ IELTS is baffling,” she told the Observer. “So when I failed I just went numb. Then I got angry. Everything rides on the result.”

IELTS has four elements: speaking, listening, reading and writing. To qualify to work in the NHS, candidates need to score at least seven out of nine in each section. Purcell, who spent AU$650 (£386) on the test, managed 6.5 in writing and seven in reading.

“The essay test was to discuss whether TV was good or bad for children. They’re looking for how you structure the essay,” she said. “I wrote essays all the time when I was doing my bachelor of nursing. I didn’t think I’d have to do another one. I don’t even know why I failed.”

Her case is echoed by Jorja McDonald, a nurse with three years’ experience from Springfield in Queensland, who reached 6.5 in reading and 6.5 in writing despite being a native English speaker. Afroditi Mavromyti, from Patras in Greece, has a master’s degree in psychology and 10 years’ nursing experience. She has taken the test three times and narrowly failed with a 6.5 in writing.

The test was introduced in January 2016 after David Cameron’s cabinet office minister, Matthew Hancock, brought in regulations requiring all foreign nationals in customer-facing public sector roles to speak a high standard of English because the government was “controlling immigration for the benefit of all hard-working people”.

HCL, the recruitment agency which has been attempting to place Purcell, said that only 176 of 949 candidates they have put forward have achieved at least seven out of nine in the test. Native English speakers average just 6.3 in writing and 6.7 in reading, according to the British Council, a joint owner of the test. HCL says foreign nurses who come to the UK to study only need to reach 6.0 to get a place on a nursing degree at universities including Warwick and Gloucester.

“While we have no doubt that language testing is an essential part of recruiting overseas nurses, we firmly believe the current IELTS standard is not fit for this purpose,” Burke of HCL said. “The NMC should look at switching to an average required score.”

Jackie Smith, NMC chief executive, said: “We do not believe it is in the interests of public safety to lower the standard of English competence required without clear evidence. While we are aware of concerns, we do not have any hard evidence on which to base a change.”