The World Health Organisation (WHO) has put scientists and health workers around the globe on alert for a new and potentially deadly pathogen – Disease X. 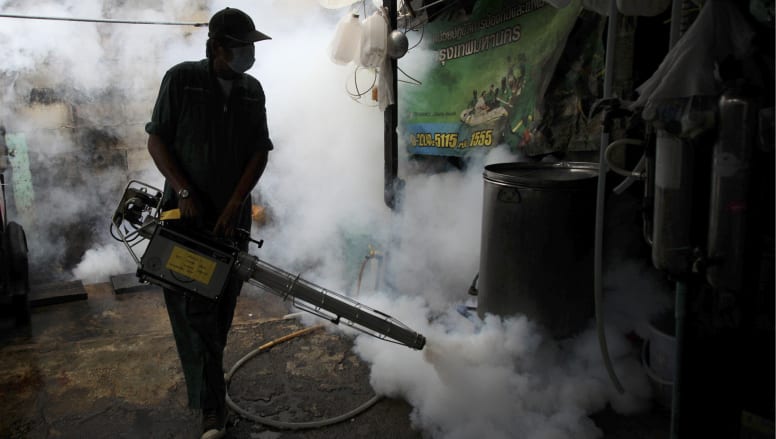 Each year the Geneva-based organisation, which is charged with monitoring and safeguarding world health, convenes a high-level meeting of senior scientists to list diseases that pose a serious risk of prompting a major international public health emergency.

In previous years the list has been confined to known killers such as Zika, Lassa fever, which is sweeping Nigeria, and Ebola, and which killed more than 11,000 people in an epidemic in west Africa between 2013 and 2016.

However, this year a mystery pathogen has been added as the ninth item on the watch list for the first time. “Disease X represents the knowledge that a serious international epidemic could be caused by a pathogen currently unknown to cause human disease,” said the WHO in a statement.

“History tells us that it is likely the next big outbreak will be something we have not seen before,” said John-Arne Rottingen, chief executive of the Research Council of Norway and a scientific adviser to the WHO committee.

“It may seem strange to be adding an ‘X’ but the point is make sure we prepare and plan flexibly in terms of vaccines and diagnostic tests. We want to see ‘plug and play’ platforms developed which will work for any, or a wide number of diseases; systems that will allow us to create countermeasures at speed.”

Advances in gene editing technology, which make the manipulation or creation of entirely new viruses possible, mean that Disease X could emerge through an accident or act of terror.

This week’s brazen use of nerve gas to kill a former Russian spy and his daughter in Salisbury underlines just how far the 100-year taboo on the use of chemical and biological weapons has broken down. And the creation last year in Canada of horsepox – a close relative of the deadly smallpox virus – has heightened fears that Disease X could come out of a renegade laboratory.

More likely, said Mr Rottingen, Disease X could be sparked by a zoonotic disease – one that jumps from animals to humans – and then spreads to become an epidemic or pandemic in the same way H1N1 swine flu virus did in 2009.

Zoonotic infections that have wreaked havoc in the past include HIV, which is believed to have jumped from chimpanzees to humans, and has killed 35 million people since the early Eighties. Ebola is also a zoonosis. “It is vital that we are aware and prepare. It is probably the greatest risk,” said Mr Rottingen.

The list is designed to focus minds and spur research and development of new tests, vaccines and treatments.

The WHO also hopes it will drive governments across the globe to invest in strengthening local health systems.

This is important, because it is primary care systems – local doctors and nurses – that provide the best bet of detecting the outbreak of a new disease early and containing it before it spreads.

Karyn McCluskey, CEO of Community Justice Scotland will receive the 2018 Presidents Medal from the Royal College of Physicians and Surgeons at their Admissions Ceremony on 6 June 2018 at the Bute Hall, University of […]

The World Health Organization (WHO) has been accused of “washing its hands of older people” in its proposed priorities for future work. In a letter published online in The Lancet, experts on ageing from the […]

The influenza virus can evolve resistance to an anti-flu drug currently in development for use in pandemics but only if there are multiple genetic mutations, a study has found. Scientists at Imperial College London, in […]