A record number of healthcare workers and employers who are going the extra mile have been shortlisted at the third annual Our Health Heroes awards. 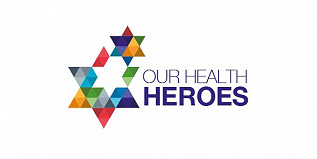 Organised by Skills for Health, National Skills Academy for Health and headline sponsor Health Education England, the awards celebrate the unsung healthcare heroes from across the UK, including those working in the NHS, who go above and beyond in their roles every day.

While members of the public submitted over 40 nominations for the newly established Lifetime Achievement Award #NHS70.

Also up for the public vote are three finalists in the Apprentice of the Year category, for which there is a bronze, silver and gold award.

John Rogers, Chief Executive at Skills for Health, said: “For the third year running I’ve been taken aback by the number of nominations we have received for the Our Health Heroes awards.

“We would like to thank not only the public for their continued support, but also our fantastic sponsors, who have helped us to expand the awards again this year with the introduction of two further categories.

“These will ensure that even more people are recognised for their contribution to our amazing healthcare service.

“All of our finalists are outstanding in their field and are thoroughly deserving of their places in the shortlist. The calibre of nominations we received this year was sky high; each one demonstrated excellence in patient care, teamwork or staff retention, meaning our judges had a really difficult task!

“I’m very much looking forward to meeting all the finalists in November and celebrating the national winners.”

Kirk Lower, National Lead for Apprenticeships and Widening Participation for Health Education England (HEE), said: “Support workers and apprentices are a key part of the healthcare workforce and, through our Talent for Care programme, HEE supports employers with their workforce supply.

“This is achieved via school engagement, volunteering, work experience, pre-employment activity, apprenticeships and access to higher education and the registered professions.

“As the main sponsor for Our Health Heroes 2018, we congratulate everyone who is on the shortlist; it is clear from the high standard of nominations that both apprentices and support workers continue to play a vital role in delivering safe and compassionate care for all.”

Voting is now open via the Skills for Health website. Visit ohh2018.page.link/vote-now to cast your vote before Thursday 8th November.

All finalists have been invited to the Our Health Heroes Awards ceremony, where the winners will be presented with their awards, on Friday 23rd November 2018 at London’s OXO Tower.

Our Health Heroes 2018 finalists and winners

Backlash as NHS Nurses Banned from Working Agency in ANY Trust

The new rules preventing permanent NHS staff picking up agency in other trusts is being forced through at the start of from April, creating fury amongst the healthcare sector. Sneakily, the regulator NHS Improvement, told […]

The pioneering HIV prevention drug PrEP will be trialled by NHS England from September, it was this week announced. The drug will be provided by the NHS through an initial three-year trial to around 10,000 people, in […]