Children who receive nursery vaccinations and development checks are less likely to be admitted to hospital during childhood years. 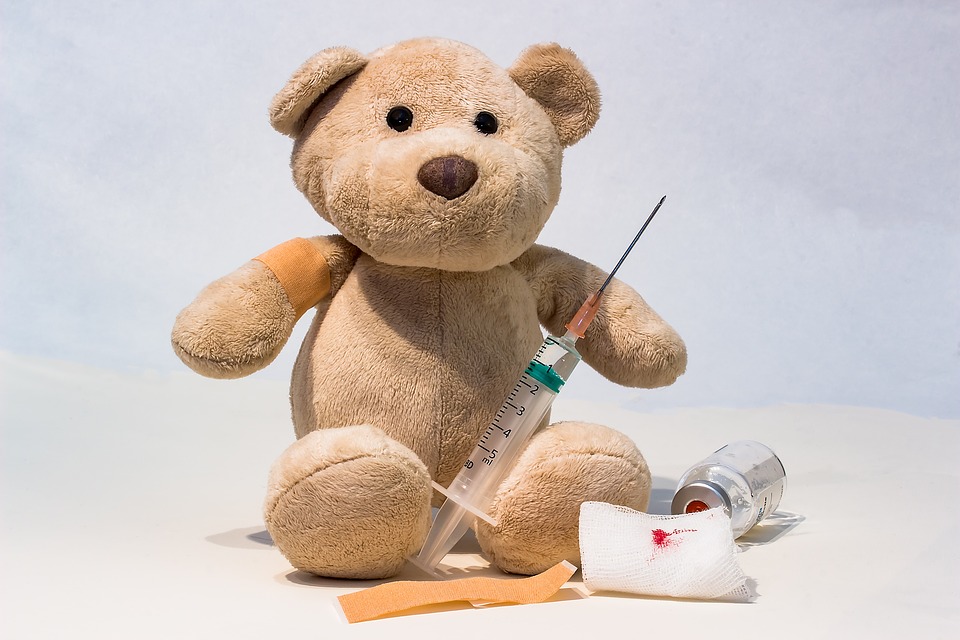 This is the finding of the largest ever analysis examining how infant vaccinations and NHS development checks in primary care are linked to children’s risk of emergency hospital admissions.

The results, published in the journal BMC Medicine, suggest up to 13,500 children a year in England may be missing out on vaccines, and 83,000 may be missing development checks.

The researchers, from Imperial’s School of Public Health, revealed infants who did not receive their vaccinations were twice as likely to be have an emergency hospital admission than children who received their vaccinations.

Young children normally have a one in four risk of being admitted to hospital in their first year of life – the research team revealed that for infants who do not receive their vaccinations, this risk increases to one in two.

The study, funded by the National Institute of Health Research, also found preschool children who did not complete their vaccinations were six times as likely to be admitted to hospital with a vaccine-preventable infectious illness such as measles.

Infants who missed out on health and development checks, in which general practitioners (GPs) or health visitors assess healthy mental and physical development – were over four and a half times as likely to end up in hospital.

The study also revealed that children whose vaccinations were delayed also had a higher risk of an emergency hospital admission in their childhood years.

Professor Sonia Saxena, lead author of the research from Imperial’s School of Public Health, said: “Despite the wealth of evidence for vaccination in driving down serious illness and preventable deaths in children, the benefit of vaccines is still disputed in some sectors of society. This study shows getting your child vaccinated safeguards their future health against the risk of preventable hospital admission. And it prevents not just against infectious illness, but against conditions that can get worse when children are exposed to infection”

Professor Saxena, who established the Child Health Unit at Imperial, added: “This research also demonstrates how having a systematic preventive programme  in the early years of life can protect the health of the population in later life, as well as reducing health costs from hospital admissions. It is a success marker for the NHS, and should encourage other nations to invest in universal health coverage. This would help achieve the UN Sustainable Development Goal 3 – providing access to health care and vaccines for all by 2030.”

Children in the UK receive vaccinations between the ages of 8 weeks and 13 years old, protecting them against a range of illnesses including meningitis, measles and whooping cough.

Children are also invited for NHS health and development checks in their first few days of life, then at around two months old, one year old and two years old. These checks test for a number of things including any problems with growth, hearing and vision.

The research team, which followed children from a representative sample of 363 GP practices across England, found the most common reason for hospital admissions was an infectious illness, which was responsible for more than a third of admissions overall.

The study revealed 98 per cent of all infants studied were fully vaccinated, and 87 per cent had received developmental checks. Further analysis revealed children who didn’t receive vaccinations or developmental checks were more likely to live in deprived areas, have a teenage mother, or be first born.

Dr Elizabeth Cecil, co-author from Imperial’s Department of Primary Care and Public Health explained: “The fact that the majority of children received vaccinations and developmental checks is a fantastic achievement for our health system. However, the children who slip through the net are at significant risk of illness, and these risks accrue across childhood.”

Co-author Dr Dougal Hargreaves added: “Children’s health in the UK lags behind other Western European countries, and emergency hospital admissions for children have been steadily rising over recent years. Ensuring as many children as possible receive vaccinations and development checks may help combat this rise and improve the health of children and young people.’

The influenza virus can evolve resistance to an anti-flu drug currently in development for use in pandemics but only if there are multiple genetic mutations, a study has found. Scientists at Imperial College London, in […]

What is HTLV-1? The virus which is a ‘distant cousin of HIV’

A little-known but deadly virus distantly linked to HIV has made headlines recently after experts urged action to fight its high prevalence in parts of rural Australia. But what is HTLV-1? Human T-lymphotropic virus type […]