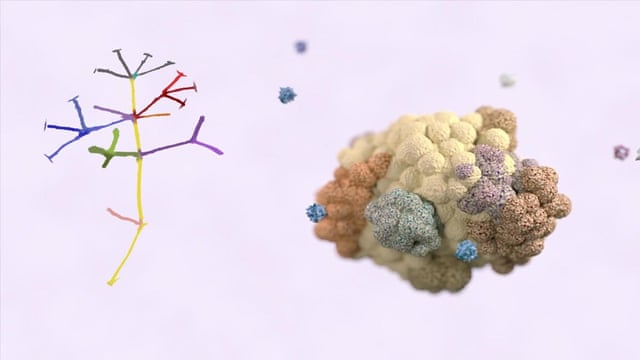 A landmark discovery into the genetic makeup of tumours has the potential to open a new front in the war on cancer, delivering potent therapies that are tailored to individual patients, scientists have said.

The breakthrough comes from research into the genetic complexity of lung and skin cancers which found that even as tumours grow and spread around the body, they carry with them a number of biological "flags" that the immune system can be primed to attack.

Because the flags, which appear as surface proteins, are found only on cancer cells, they provide what scientists described as "exquisite targets" for new therapies that draw on the power of the immune system to combat cancer.

Treatments that harness the immune system have shown great promise against some forms of cancer, such as melanoma, but they do not work in everyone.

One approach releases the brakes on the immune system, unleashing the full force of killer T cells, which are otherwise dampened down by cancer cells. But to work, the patient’s immune system must first recognise the cancer as the enemy.

Charles Swanton, an expert on cancer evolution who led the latest study at the Francis Crick Institute in London, said the discovery of surface proteins shared by all of a patient’s cancer cells provided an "achilles heel" for future therapies to target.

The international team, involving scientists from Harvard, MIT and University College London, found that the patients in their study had already launched immune reactions against their cancers. But the attacks were too feeble to destroy the malignant cells. Close inspection of the tumours revealed immune cells buried inside them: some had recognised the cancer’s unique flags, but were either outnumbered or defeated by the cancer’s defences.

"What we’ve found for the first time is that tumours essentially sow the seeds of their own destruction. And that within tumours, there are immune cells that recognise those flags which are present in every tumour cell," said Swanton.

As tumours grow, they evolve. Over time, mutations scramble the DNA, and one part of the tumour starts to look very different to another. But Swanton found that even complex tumour cells can bear the hallmarks of their origins. Writing in the journal, Science, he describes how, in two lung cancer patients, surface proteins had mutated early on and appeared throughout the tumours.

The work, funded by Cancer Research UK and the Rosetrees Trust, raises two possible routes to treat future cancer patients. In one scenario, doctors could take a biopsy from a patient’s tumour, read its genome and work out which flags are present on all of the malignant cells. If they find immune cells inside the tumour that recognise these flags, they could be multiplied in the lab, and then re-infused into the patient, producing an overwhelming precision attack on the cancer cells. In another scenario, the protein flags themselves could be used to make a vaccine against the cancer. Inject them into the body, and immune cells would identify them as invaders and launch an attack. In practice, the new therapies would have to be used alongside existing drugs called "checkpoint inhibitors" that stop cancers neutralising T cells.

Swanton, whose study appears in Science, hopes to launch the first human trial in lung cancer patients in the next two to three years. The disease is the UK’s biggest cancer killer, claiming more than 35,000 lives a year. It is unclear whether the treatment will work, but scientists believe it has a better chance if the immune system targets multiple flags on a tumour. "We haven’t proved that this can impact on patient care. What we have shown is that there are unique therapies potentially present within each patient’s tumour," Swanton said. "This is taking personalised medicine to its absolute limit."

The treatment, if it works at all, is likely to be most effective in cancers that have a lot of mutations, such as melanoma and smoking-related lung cancer. But the scientists plan further research to investigate whether it could be effective against less mutated cancers, such as bladder, prostate and pancreatic cancer. Swanton has not costed the procedure, but conceded that it not be cheap.

David Adams, a cancer geneticist at the Wellcome Trust Sanger Institute, said the research could help doctors work out who is most likely to benefit from new therapies that exploit the immune system. "The greatest use of this knowledge is in working out which patients are most likely to be treatable," he said. "The issue with these immunotherapies is they are extremely expensive and we don’t know who will respond and who won’t."

But he said more patients would have to be studied before the potential for developing a therapy was clear. "The opportunity here is to be able to identify T-cells within tumours that react with trunkal flags, to expand these T-cells in culture, and re-introduce these cells back into patients to target the patient’s tumour. This is the epitome of personalised therapy," he said.

"This work is right on the cutting edge. The next stage will be to expand the approach to larger cohorts and to use it as part of clinical trials," he added.

More than two additional deaths per week for London Related

Invitations are invited for the British Oxygen Company Research Grant.Funding of Related

Death Toll Rises in Suspected US Airstrike on Afghan Hospital

Nine staff dead and up to 37 injured in M Related