The number of people taking their own lives in England is unacceptably high, says a report by the Health Select Committee. 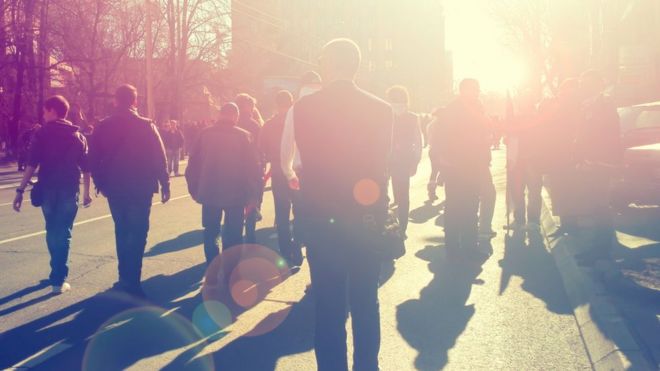 The group of MPs is putting pressure on the government ahead of its new plan for preventing suicides, which is expected in the New Year.

The committee said support needed to be more accessible to those at risk.

One bereaved mother who gave evidence to the committee said: “My son wasn’t hard to reach, it was the services that were hard to reach.”

Angela Samata’s partner, Mark, took his own life thirteen years ago. She says there was no warning or hint of what he intended to do.

“One minute you are talking to them on the phone and the next minute you are never going to speak to them again. The shock of that, your head kind of tricks you into thinking this can’t be real.”

She now heads a national charity supporting those affected by suicide. “If there’s one thing I’ve learnt, above all else, it’s that you have to talk about this. It’s really important to talk.”

The group of MPs called for the NHS to “embrace innovative approaches” such as online services.

The MPs’ report also said GPs needed more training in spotting people at risk of suicide and that there should be more support after patients are discharged from psychiatric services.

Dr Sarah Wollaston, the committee’s chair, said: “4,820 people are recorded as having died by suicide in England last year, but the true figure is likely to be higher.

“Suicide is preventable and much more can and should be done to support those at risk.”

The group of MPs also attacked “irresponsible” reporting of suicide by the media that leads to “copycat behaviour” by those at risk of taking their own lives.

The government’s revised suicide prevention strategy is due to be published in January.

However, the committee said government needed to do better than last time as “the government’s 2012 suicide prevention strategy has been characterised by inadequate leadership, poor accountability and insufficient action”.

A Department of Health spokeswoman said: “Every death by suicide is a tragedy and devastating for families, friends and communities.

“We are investing almost £1bn in providing mental health support in A&E and home-based crisis care and are currently updating our suicide prevention strategy, which we are confident will address many of the issues raised by the committee.”

Ruth Sutherland, the chief executive of the Samaritans, said: “People are continuing to die and suicide prevention is still not being prioritised.

“Every six seconds someone contacts Samaritans for help.

“This report should serve as a wake-up call to the Government and we are delighted that our request for a clear implementation programme has been included in this report.”

Ian Hulatt, from the Royal College of Nursing, said: “Any suicide is a profound individual tragedy.

“The NHS has a duty towards individuals and the community to improve care for people with known mental health problems, as well as those who may be at risk of developing them.”