A terminally-ill man who wants to be helped to die has lost his legal challenge at the Court of Appeal. 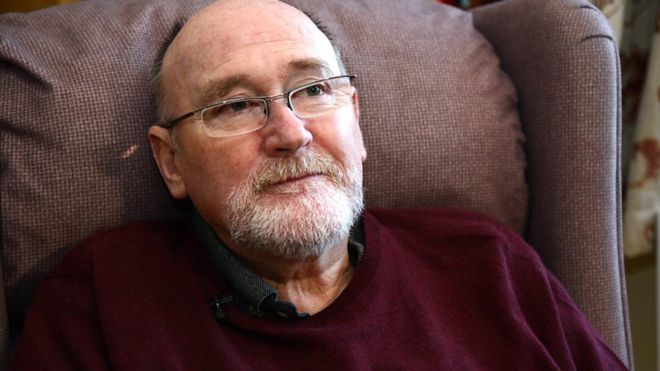 Noel Conway, 68, who has motor neurone disease, has fought a legal battle for the right to a “peaceful and dignified” death.

The retired lecturer challenged an earlier High Court rejection of his case at a hearing in May.

Mr Conway, from Shrewsbury, said he now intends to take his fight to the Supreme Court.

Mr Conway, who said he feels “entombed” by his illness, is dependent on a ventilator for up to 23 hours a day and only has movement in his right hand, head and neck.

He wanted help to die when he has less than six months left to live, still has the mental capacity to decide, and has made a “voluntary, clear, settled and informed” decision.

Mr Conway proposed he could only receive assistance to die if a High Court judge determined he met all three of those criteria.

Speaking after the ruling he said: “I will keep fighting for myself and all terminally-ill people who want the right to die peacefully, with dignity and on our own terms.”

He said his current options are to “effectively suffocate” by removing his ventilator, or spend thousands travelling to Switzerland to end his life and have his family risk prosecution.

Mr Conway said it was “barbaric” for him to be forced to choose between the “unacceptable options” left open to him for his death.

Sir Terence said the court concluded it was not as well-placed as Parliament to determine the “necessity and proportionality of a blanket ban”.

He also said the High Court had seen evidence Mr Conway’s proposed scheme was “inadequate to protect the weak and vulnerable”.

It also failed to give enough weight to the “sanctity of life and to the scheme’s potential to undermine trust and confidence as between doctors and patients”, he added.

The appeal was opposed by the Secretary of State for Justice, David Gauke, with Care Not Killing and Not Dead Yet UK also making submissions.

He added: “The safest law is the one we already have – a complete ban on assisted suicide and euthanasia.”

Mr Conway, who is supported by the campaign group Dignity in Dying, was too unwell to travel to London for the hearing.

Humanists UK chief executive Andrew Copson said he “very much” hoped there would be a further appeal to the Supreme Court.

The 21 junior doctors, led by Dr Sarah Hallett, who said Royal Derby Hospitals NHS Foundation Trust failed to make sure they took proper breaks have lost a case in the High Court. They claimed the trust […]

A boy left brain damaged after being deprived of oxygen following an operation to remove his tonsils has been awarded millions of pounds. The boy was almost two years old when he went to the […]

A children’s health services contract due to be awarded to Virgin Care from a major county council has been blocked by the High Court. Lancashire County Council (LCC), who aimed to award the £104m contract […]